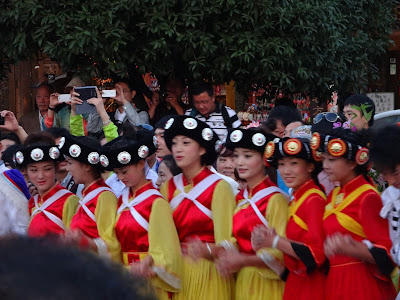 Keepers of one of the last matriarchal societies in the world, Mosuo women in a remote area of southwest China live beyond the strictures of mainstream Chinese culture — enjoying great freedoms and carrying heavy responsibilities.

Beautifully shot and featuring intimate interviews, this short documentary offers a rare glimpse into a society virtually unheard of 10 years ago and now often misrepresented in the media.

Mosuo women control their own finances and do not marry or live with partners; they practice what they call “walking marriage.” A man may be invited into a woman’s hut to spend a “sweet night,” but must leave by daybreak. While tourism has brought wealth and 21st century conveniences to this remote area, it has also introduced difficult challenges to the Mosuo culture — from pollution in the lake, to the establishment of brothels, to mainstream ideas about women, beauty and family.